The west-coast of Lagos, as far as Sagres, remains one of the least spoiled parts of the Algarve, largely thanks to the Parque Natural do Sudoeste Alentejano e Costa Vicentina which prohibits large-scale building on the coastline west of Lagos. 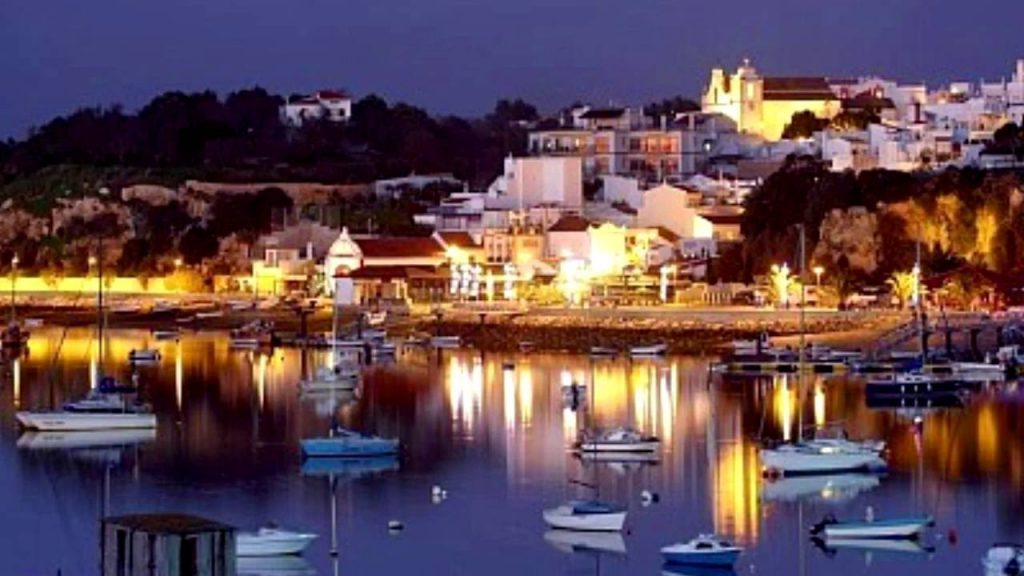 Located on the river that shares its name, Alvor (20 km from Lagos), offers everything travelers look for when vacationing in the Algarve, from historic sights and scenic beaches to friendly bars and seafood eateries. The Old Town quarter in this ancient fishing village boasts a 16th-century church with maritime elements carved into its doors and pillars. A newly built boardwalk along the Alvor River wetlands is a birdwatcher’s dream, providing intimate views of resident and migratory species. When it comes to fun in the sun, Alvor’s something-for-everyone beaches range from sheltered coves with interesting rock formations to wide sweeping strands backed by windswept sand dunes.

Offering an alternative to the Algarve beach scene is the Serra de Monchique, a rolling mountain range that adds a dramatic perspective to the region’s western countryside. Skirted by fragrant meadows of wildflowers, Monchique’s slopes bristle with chestnut and eucalyptus, the verdant habitat sustaining an abundance of wildlife. A network of nature trails snake through the shady woodland; one leads all the way to Fóia, at 900 meters, the highest point in the Algarve. On a clear day, the spectacular panorama embraces the region’s entire western landmass including Lagos and Sagres, and the Atlantic Ocean beyond.

The pleasant hill town of Monchique (45 km from Lagos) is an excellent base from which to explore the area and is noted for its traditional handicrafts: look out for the “cadeiras de tesoura”, the x-shaped folding wooden chairs based on an ancient Roman design. And it’s the Romans who first took advantage of the warm, curative waters that nourish Caldas de Monchique, a charming spa tucked away in a wooded ravine in the foothills of the Serra. Set around a cobbled square furnished with a restaurant, café-art gallery, and bed and breakfast accommodation, the modern thermal spa offers a tantalizing menu of therapeutic treatments and rituals.

The inland city of Silves (40 km from Lagos) located northeast of Portimão offers an intriguing glimpse at Portugal’s cultural past. Built along the banks of then navigable Arade River, the city was the Moorish capital of Algarve until Christian forces conquered it in 1249. Constructed with red sandstone, the Castelo dos Mouros is a hilltop castle where you can walk along crenelated battlements and imagine what life was like in Portugal a thousand years ago. It’s also a great place to enjoy panoramic views of the whitewashed village and the surrounding countryside of Southern Portugal. A nearby museum displays ceramics and pottery excavated from local archaeological sites.

For its impressive size and undeniable beauty, Praia da Rocha (25 km from Lagos) is one of the most popular beaches in the Algarve. Situated in the southern section of the city of Portimão (23 km from Lagos), the wide strand of white sand is backed by dramatic rocky cliffs topped with high-rise hotels, bars and restaurants. Several eateries are located on the wooden boardwalk that stretches along Praia da Rocha too. Accessible by a staircase carved into the cliffside, the 17th-century Fortaleza de Santa Catarina at the eastern end of the beach offers sweeping views of the beach, the marina of Portimao and the Atlantic Ocean.

Situated between Portimão and Albufeira, Praia da Marinha (35 km from Lagos) is widely considered one of Algarve’s most beautiful beaches. The fact that the beach can only be reached by a set of steps that climb steeply down a limestone cliff makes it less crowded than other beaches in the area as well. The rock formations located on along the shoreline are not only visually striking but provide the perfect marine environment for snorkeling adventures too. Exceptionally calm waters make the beach ideal for swimming. Other activities in Praia da Marinha include boat trips to the caves located nearby.

The Benagil caves (36 km from Lagos) are some of the most impressive sea caves in Europe. The Benagil cave in Portugal was listed in the world’s “Top 10 Coolest Caves” published by American online newspaper The Huffington Post in 2014. Benagil is a small fishing village, located on the south coast of Portugal, the Algarve. The closest city is called Lagoa. The Benagil caves are situated 150 meters east to the Benagil beach, Praia de Benagil. The amazing caves of this area are accessible by boat, SUP, kayak, and even swimming. 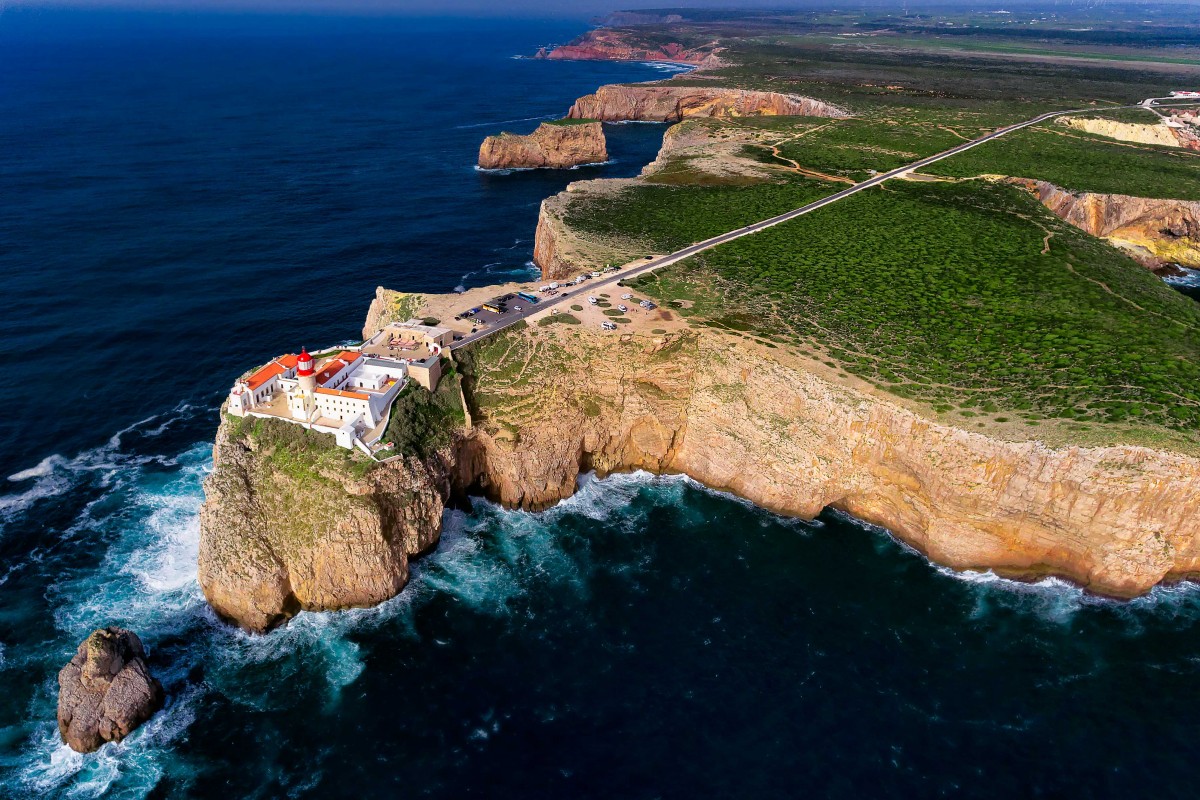 Precipitous sea cliffs, wide-open beaches, and the restless Atlantic Ocean define the character of the Algarve’s west coast. Devoid of development, this remote and untamed stretch of coastline is the preserve of the more spirited traveler. Surfers worship the region, drawn by the outstanding rollers that crash onto Praia da Bordeira (35 km from Lagos), Praia do Amado (36 km from Lagos), Praia da Arrifana (39 km from Lagos), Praia da Cordoama (28 km from Lagos) and other sandy areas. Surf schools abound, with many offering free transfers from Lagos & Faro airport. Surfers come here from all around the world any time of the year. Praia de Odeceixe is a must you can’t skip.

Traditional villages untouched by tourism dot the landscape, places like Carrapateira (37 km from Lagos) and Odeceixe (47 km from Lagos). Accommodation is scarce, and very often it’s the humble Camper-van that prevails. Unfussy restaurants serve succulent grilled fish and other delicious seafood dishes. The entire region falls within the boundaries of the Parque Natural do Sudoeste Alentejano & Costa Vicentina, and you can follow a number of footpaths, both inland and along the coast, that showcase its wild and rugged scenery. For a worthwhile cultural diversion, head for the lively town of Aljezur (32 km from Lagos) and visit the ruins of an 11th-century Moorish castle of Aljezur, set on a hill with uninterrupted views of the valley below.