Portugal received the “Best Tourist Destination in the World” award during the World Travel Awards ceremony in Vietnam. 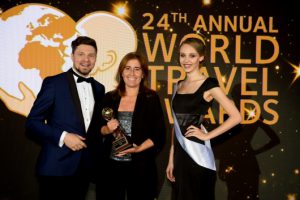 Considered to be the “Oscars” of the tourism world, these awards gave much recognition to Portugal and were based on six distinctions.

In addition to the main prize mentioned above, the country was also considered:

The Capital ‘Lisbon‘ the“Best Destination for A City Break“; for the management of its monuments,

The ‘Sintra Parks’ was considered the “Best Conservation Parks in the World“.

The ‘Island Madeira’ was considered the “Best Insular Destination in the World“.

And the ‘visit Portugal’ website was considered the “Best Official Tourism Site“.

Although all these prizes focus on Portugal, it is important to mention that the nomination for “Best Tourist Destination in the World” brings to Portugal a prize that on European soil only belonged to two other cities: Paris and London. 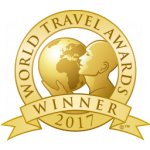 Ana Godinho, Secretary of State for Tourism, was pleased with the award, which she considered a “unique moment” and related it to the hard work that, over the years, has been placed on the promotion of tourism in Portugal. It does not, however, detract its beauty, history, culture, tradition, and innovation from the country.

Highlighting the Portuguese hospitality, the Secretary of State for Tourism also talks about the ways in which the western corner of Europe has been promoting itself as a destination of excellence. This idea is also reinforced by the President of Turismo de Portugal, who reveals that the plan is to boost the distinction of Portugal a destination of undeniable excellence over the next decade.

The selection of nominees for this award is the responsibility of the general public and also carried out by professionals of the area (200,000), with unique origins.

The regional winners and the nominees of the World Travel Awards are in the final awards gala to receive the awards in the various categories.

In the 2017 edition, Portugal was the great winner of the night.